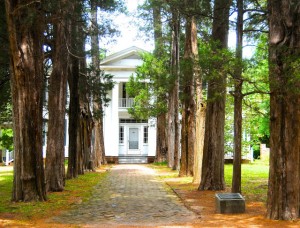 Built by Robert Sheegog in 1848, Rowan Oak became home to Nobel Prize winning author William Faulkner in 1930.  Faulkner christened the house “Rowan Oak” after the legend of the Rowan tree, believed by Celtic people to harbor magic powers of safety and protection.  While residing there with his family, he wrote such masterpieces as As I Lay Dying, Absalom, Absalom!, Light in August, and A Fable.  Rowan Oak remained home to Faulkner until his death in 1962. The house is now owned by the University and maintained for memorial and educational purposes. 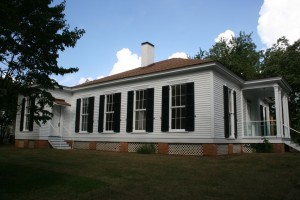 The L.Q.C. Lamar House was declared a National Historic Landmark for Lamar’s involvement in national political affairs after the end of the Civil War. Its meticulous restoration revealed a handsome, though modest Greek Revival structure. In the 1870s, it was home to Lucius Lamar while he reflected on Confederate defeat and resolved to work for reconciliation between North and South. As Oxford, Mississippi rose from the ashes, Lamar prepared to become a statesman in this house. Later, the house was Senator Lamar’s retreat from the demands of his career in Washington, D.C. Today the house’s professionally designed exhibits tell the compelling story of this Civil War-era politician against the backdrop of those turbulent times.

Located on the main campus of the University of Mississippi, the University Museums comprise the Mary Buie Museum (1939), the adjoining Kate Skipwith Teaching Museum (1977), the Seymour Lawrence Gallery of American Art (1998), and the Lib Fortune Gallery (1998).  The names associated with the building honor members of the Skipwith Family of Oxford, who built the original museum and provided the site and partial funding for the addition.

The museums are home to several impressive, permanent collections including the Robinson collection of Greek and Roman antiquities, the Millington-Barnard Collection of 19th century scientific instruments, the personal collections of Mary Buie & Kate Skipwith, and an extensive collection of the work of Theora Hamblett, an native Oxonion folk artist.  Each year the University Museums host eight to ten temporary exhibits in conjunction with various university departments and the local community.  Traveling exhibitions from other museums are also represented. 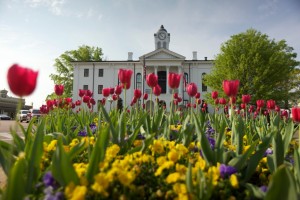 Since Oxford was incorporated in 1837, the square has remained the cultural and economic hub of the city.  The square is home to a variety of shops and elegant boutiques including the south’s oldest department store.  Around the bend you will find one of the nation’s most renowned independent bookstores and an art gallery featuring a variety of art forms and monthly showings.  Extraordinary cuisine is also abundant around the Historic Downtown Square.  From down-home southern cooking to elegant haute cuisine, there is something to satisfy everyone’s appetite.  The epicenter of Oxford’s nightlife is the Square.

See a full list of restaurants, shopping destinations, and other venues at www.visitoxfordms.com

The old Burns Methodist Episcopal Church built in 1910 holds both state and local landmark status in testimony to its many years of service to the African American community. Following its recently completed restoration, it has begun a new era of community service as the Burns-Belfry Museum & Multicultural Center. It offers a professionally designed museum exhibit on African American history from slavery through Civil Rights. A short video accompanies the remarkable history of the building. 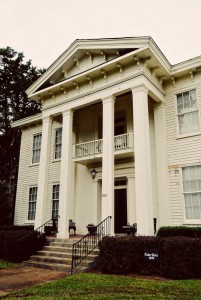 Built in 1859 by William Turner, Cedar Oaks is a Greek revival structure that has survived a tumultuous past. Molly Turner Orr gathered a fire brigade to save the home in 1864, set aflame by occupying Union troops. Nearly a century later Cedar Oaks was moved 2.2 miles from its original location to survive business development. Presently, the home is maintained by the Oxford Historic Properties Commission, and is available by reservation for civic clubs, teas, receptions, weddings, and tours. For more information, please visit http://preview.visitoxfordms.com/attractions/cedar-oaks/ . 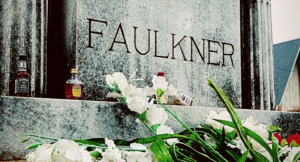 A few blocks northeast of the Square, the old Oxford Cemetery is nestled in the rolling hills of a quiet neighborhood.  Saint Peter’s is the final resting place for novelist William Faulkner as well as many of Oxford’s most prominent citizens.  L.Q.C. Lamar, a former U.S. Congressman, Secretary of the Interior under President Cleveland, and U.S. Supreme Court Justice, is buried here.  Beside the circle of cedars lies a Revolutionary War Veteran, as well as a Confederate General.

Built in 1880, the Walton Young House is a registered Mississippi Landmark and a typical middle class home of the Victorian era.  Horace H. Walton, who owned a hardware store on the square, lived here with his wife and three children until his death in 1891.  His wife Lydia began boarding University students upstairs and remarried a country physician widower, Alfred A. Young.  Dr. Young’s son Stark was the most famous resident of the home, becoming a well-known novelist, playwright, and critic.  The University bought the house in 1974 from the First Presbyterian Church (who had used the house as a parsonage since 1925).

In 1962, James Meredith entered the University of Mississippi as the first African American student.  The events surrounding the integration of Ole Miss are counted among some of the most important events during the Civil Rights struggle.

In 2006, the University of Mississippi unveiled the Civil Rights Monument honoring James Meredith and those who fought to give all citizens equal educational opportunities in the South. Visitors can view the monument on the Ole Miss campus, located behind the Lyceum.

The State of Mississippi’s Freedom Trail also acknowledged this site with a Freedom Trail Marker, located just beyond the statue.

For more information on the Freedom Trail http://www.visitmississippi.org/mississippi-freedom-trail.aspx

Just to the south of the University’s Tad Smith Coliseum is a modest walled lawn with a single monument at the center. Here lie Confederate soldiers who died after the battle of Shiloh in 1862. During the Civil War the buildings of Ole Miss became hospitals for the battle wounded, and the casualties were thus buried here.  At one time the cemetery had individual markers but a groundskeeper removed them to mow and forgot where they belonged.

These are just some of Oxford, Mississippi’s most popular tourist attractions. There are numerous other great places to visit and learn about in our historical town. For more information or suggestions, please call or come in our Visitors Center, and we will happily assist you!

We credit our Summer Intern, Helena St.Clair, for this blog post.